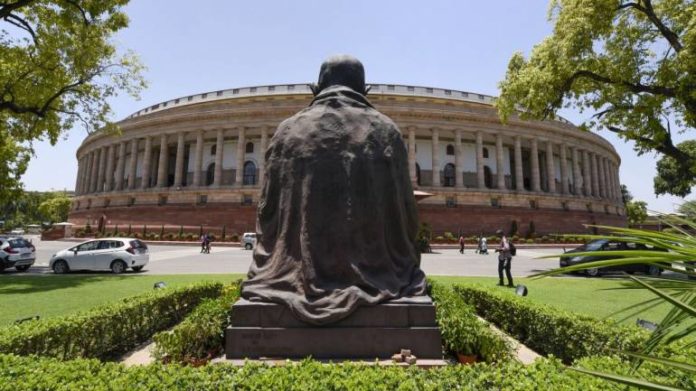 Is India in danger of becoming a plutocracy? When increasingly a wealthy minority decide the policies that govern a poor majority, whose interests will it reflect?

On June 18 and 19 Members of Parliament for the 17th Lok Sabha took their oath during a swearing-in ceremony. The ceremony had its moments, with applause, sloganeering, theatrics and even bloopers. However, it was hard to ignore the fact that of all the MPs elected to the house, 475 or roughly 88 per cent were crorepatis. This is based on data released by the Association for Democratic Reforms (ADR).

On the face of it there isn’t anything wrong in crorepati MPs — except that there is a glaring mismatch between these MPs and the people they represent. In an India where the per capita income is Rs 1.43 lakh(IMF), where about 20 per cent of the population lives on less than $1.9/day, and where about 95 per cent households earn less than Rs 8 lakh annually, how does one interpret 88 per cent peoples’ representatives being crorepatis?

What are the pitfalls of power remaining in the hands of a wealthy few in a country which is yet to come out from the clutches of poverty? Many.

This has not always been the case with Lok Sabha MPs. In 2004, 156 MPs constituting about 30 per cent of the House strength were crorepatis. By the next election, this number doubled to 315 or 58 per cent of the Lok Sabha. In 2014, the year the BJP formed a government after winning more than half the House strength, the number of crorepati MPs went up to 443. This year, with a six per cent rise, 475 MPs in the lower houseare crorepatis — almost nine out of 10 MPs in this Lok Sabha are super rich.

If Parliament increasingly becomes represented by an elite, wealthy group of politicians, it runs the risk of converting the power and decision-taking corridors of Lutyens’ Delhi into an echo chamber that will drown out the voices of the aam aadmi.

This steady increase in the number of super-rich peoples’ representatives is symptomatic of many problems affecting India’s democracy and its processes. Coinciding with this has been the rise of MPs with criminal charges against them. If in 2004, 128 MPs had criminal charges against them, in 2019 the number is 233 — that’s 43 per cent of the entire House, or, almost every second MP in the House is facing a criminal case!

This is not an isolated trend or one that is affecting only a few political parties. A finer slicing of this data gives a grimmer picture. Take the two national parties — the BJP and the Congress. Of the 301 BJP MPs ADR analysed, 265 (88 per cent) and 43 (84 per cent) of Congress’ 51 MPs are crorepatis. (The ADR could not access details of two BJP MPs and one MP from the Congress).

Among 10 regional parties, all the candidates that won the general election are crorepatis — the 18 MPs from Shiv Sena, the 10 from Mayawati’s BSP, the nine from the TRS, the six from the LJP, the five from the Samajwadi Party, three from J&K National Conference, two each from Apana Dal and Asaduddin Owaisi AIMIM and the lone MP from Aam Aadmi Party.

The above numbers show that across the board the chances of winning a political party’s ticket to contest the election is directly proportional to the candidate’s balance sheet. This is clearly evident in the case of the above mentioned 10 regional parties.

So, when the average income of an Indian is about Rs 1.43 lakh, why — and how — is it that the Election Commission of India (ECI) has fixed an upper limit of poll expenditure for a candidate at Rs 70 lakh for the Lok Sabha and Rs 28 lakh for the assembly polls? By increasing the expenditure limit isn’t the procedure rigged in favour of the wealthy? How can a candidate without access to such money compete with her wealthy counterpart? It is here that the nexus between the politician and businesses with different policy interests and black money kicks in. Isn’t State funding of poll expenditure more important than ever before?

All these prompt the question: Is India in danger of becoming a plutocracy? Plutocracy is a governing mod​el where the wealthy either directly or indirectly control the functioning of an elected government. When increasingly a wealthy minority decide the policies that govern a poor majority, whose interests will it reflect? If wealth of a candidate increases her chances of winning, does that not shut the doors for a fair contest? If wealth and crime grow in tandem isn’t it a threat to our democracy? 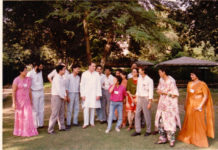 Akali Dal to go solo in Haryana assembly polls after its...