A day after it got a decisive mandate in Delhi, winning 62 out the 70 seats in the assembly, Kejriwal met Delhi lieutenant-governor (L-G) Anil Baijal on Wednesday, and staked claim to form the government.

“All the 62 legislators have decided that Arvind Kejriwal will be the leader of the legislative assembly and he will take oath on 16 February at Ramlila Maidan. I invite the people of Delhi to come and give their blessings to the chief minister. We need to work together and develop Delhi,” senior party leader and member of legislative assembly (MLA) from Patparganj, Manish Sisodia, the deputy chief minister and education minister in the outgoing Delhi cabinet, said at a press conference.

The party is yet to take a call on inviting leaders from other political parties for the ceremony at Ramlila Maidan, where Kejriwal had taken oath in 2013 and 2015. It is also the site of the protests by India Against Corruption, the movement in which AAP, which is less than a decade old, has its roots.

The Delhi cabinet can have seven members, including the chief minister.

“The previous cabinet has performed very well. Manish Sisodia will continue as the deputy chief minister. Final decisions are yet to be taken but the new cabinet may not see many changes,” a senior party leader said on condition of anonymity.

“I want to thank the 2 crore population of Delhi. It is for the first time that politics of work has got such a respect. People rejected the politics of hate. They have shown that nationalism means that every house gets affordable electricity, water, women’s security. People have shown that Kejriwal is their son,” Sisodia said on Wednesday. 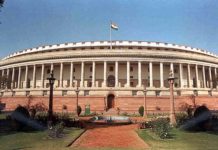