Bollywood actress Bhagyashri was seen campaigning for Congress candidate Lohardagga in Latehar and Manika for the upcoming Jharkhand assembly election.

The actress addressing an election meeting praised Jharkhand’s scenic beauty. She said that she would like to settle down in Jharkhand leaving the affluent life of Mumbai.

Bhagyashri was campaigning for Congress candidate Ramchandra Singh and party state president Rameshwar Oran. The actress, however, maintained that she has nothing to do with politics.

Bhagyashri further said that she supports Congress because she feels the party can deliver better on the development front. 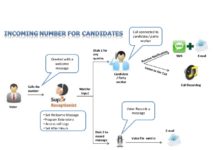 Maharashtra: Here’s a Look at What the New Alliance Government Is...