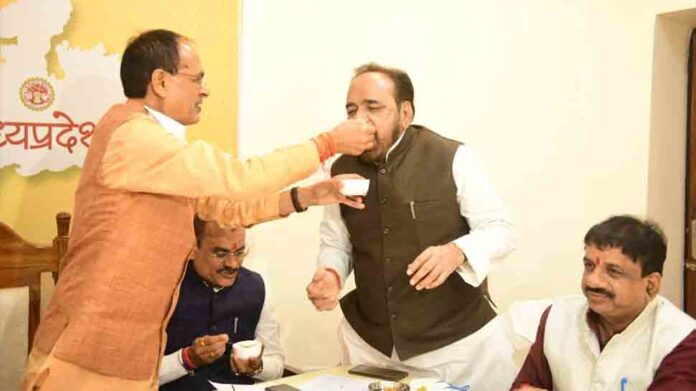 The BJP won 19 seats of the total 28 assembly constituencies where bypolls were held in Madhya Pradesh on November 7, giving it a comfortable majority in the House and providing stability to its eight-month-old government in the state. On the other hand, Congress has managed to secure at least nine seats

With this, the BJP tally has increased to 126 in the 230-member House, which is well-above the simple majority mark of 116, with the addition of these 19 seats. The Shivraj Singh Chouhan government has managed to secure stability in the state. Before the bypolls, the BJP’s tally in the House stood at 107.

With most of his loyalists winning the November 3 bypolls, Scindia, a Rajya Sabha MP, will look to cement his place in the BJP.

However, in a setback to the BJP, its women candidate and minister Imarti Devi lost the election from the Dabra assembly seat, according to poll panel data. Congress candidate Suresh Raje defeated Imarti Devi, considered a loyalist of Scindia, by a margin of 7,633 votes, an EC official said.

State Congress president Kamal Nath’s ‘item’ remarks on Imarti Devi during poll campaigning had generated a stir and invited massive criticism of the former Chief Minister, who then had to express regret over the comment.

Of the six ministers who resigned from Congress, along with Scindia, only Imarti Devi lost in the by-poll.

In March, 22 Congress MLAs, mostly loyalists of Scindia, had resigned from the party and the Madhya Pradesh Assembly. This led to the collapse of the Nath government and cleared the way for the BJP to again come to power. Scindia and his loyalists joined the BJP, with many of them becoming ministers in the Chouhan government.

Voting for by-elections on 28 constituencies was held on November 3 and counting of ballots was taken up on Tuesday.