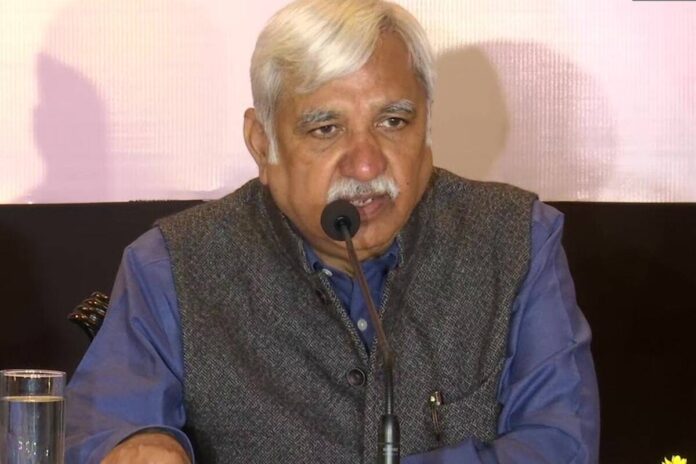 Kerala, Tamil Nadu, Assam, Puducherry, West Bengal Assembly Election Dates Live Announcements: The Election Commission today sounded the poll bugle for polls in four states and one Union Territory. At a press conference held in the national capital today, Chief Election Commissioner Sunil Arora announced the election schedule for the legislative assemblies of Kerala, Assam, West Bengal, Tamil Nadu and Puducherry (under President’s rule). All five assemblies will be completing their terms in the coming two months. Voting for five assembly elections will begin on March 27, with Assam going to polls first and West Bengal concluding it with its eighth phase of voting on April 29.

The counting of votes for the four states and one Union Territory will be undertaken on May 2. The Election Commission said that special observers and adequate CAPF personnel will be deployed in all states to ensure free and fair polls. Chief Election Commissioner Sunil Arora, who is set to retire from his post on April 13, said that nearly 18.68 crore electors will be voting at 2.7 lakh polling stations for 824 seats in four state assembly elections. Arrangements will be in place for candidates to file nominations online for five assembly polls and voting to be allowed for extra one hour in wake of COVID-19.

As per the schedule announced for the assembly elections, West Bengal will see an eight-phase election while Assam will be voting in three phases starting March 27. Assembly elections in Tamil Nadu, Kerala and Puducherry will be held in single phases on April 6. Counting of votes for all four states and one Union Territory will be undertaken on May 2 and the results will be declared once the process concludes. Elections are to be held for 294 seats in West Bengal, 140 seats in Kerala, 126 seats in Assam, 234 seats in Tamil Nadu and 30 seats in the Union Territory of Puducherry.

West Bengal will go to polls in eight phases. In last election, the polling was held in 7 phases, informed the CEC Sunil Arora.

All elections in 38 districts of Tamil Nadu consisting of 234 Assembly Constituencies will be held in single phase.

“In Puducherry, elections will be held on 6th April and counting will take place on 2nd May,” said the CEC.

The terms of legislative assemblies of four states — Tamil Nadu, Assam, Kerala and West Bengal — are coming to an end in May and June. In Puducherry, President’s Rule has been imposed and the assembly kept under suspended animation after the V Narayanasamy-led Congress government resigned earlier this week ahead of a vote of confidence. Assam has 126 Members of Legislative Assembly, West Bengal has 294, Tamil Nadu has 234, Kerala has 140 and Puducherry has 33 seats (30 elected and 3 nominated by Centre).

CEC Sunil Arora had said that Assam assembly elections 2021 are being held keeping in mind the Rongali Bihu festival and CBSE board exams. Arora had said that state festivals and examinations will be considered while announcing the dates for the polls in the five states. Despite COVID-19 vaccine making inroads across India, the election will be held adhering to strict Covid-19 guidelines.