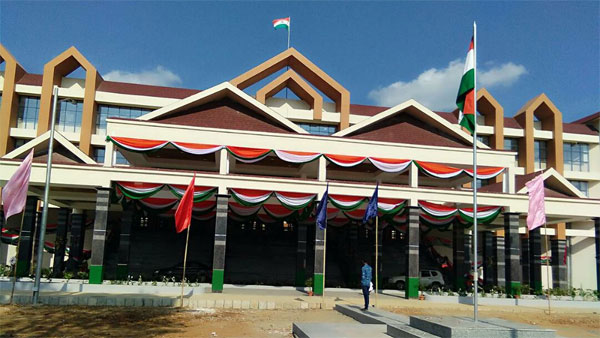 New Delhi, June 20: Not one minister in the Arunachal Pradesh government has a pending criminal case.In 2014, there was one minister with serious criminal charges against himself says a report by the Association for Democratic Reforms.All 12 (100%) analysed ministers are crorepatis. In 2014, all 10 (100%) analysed ministers were crorepati. The average assets of 12 ministers analysed is Rs 27.33 crores.An-32 crash: IAF continues efforts to retrieve mortal remains the minister with the highest declared total assets is Pema Khandu, Chief Minister from Mukto constituency with assets worth Rs.163.50 crores.A total of 4(34%) ministers have declared their age to be between 31-50 years while 8(66%) ministers have declared their age to be between 51- 70 years. There are no women ministers in Arunachal Pradesh Assembly, 2019.
Source:- One India