Akhilesh Yadav ( born 1 July 1973) is an Indian politician serving as the Member of Parliament from Azamgarh in the 17th Lok Sabha. He is the president of the Samajwadi Party and had served as the 20th Chief Minister of Uttar Pradesh from 2012 to 2017. Having assumed office on 15 March 2012 at the age of 38, he is the youngest person to have held the office. His first significant success in politics was being elected as the Member of the Lok Sabha for the Kannauj constituency. He is the son of veteran politician Mulayam Singh Yadav, the founder-patron of Samajwadi Party who has served as the Minister of Defence in Government of India and three terms as Chief Minister of Uttar Pradesh.

Why Bihar is a hot potato in Delhi Assembly election 2020. 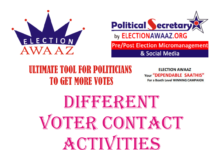